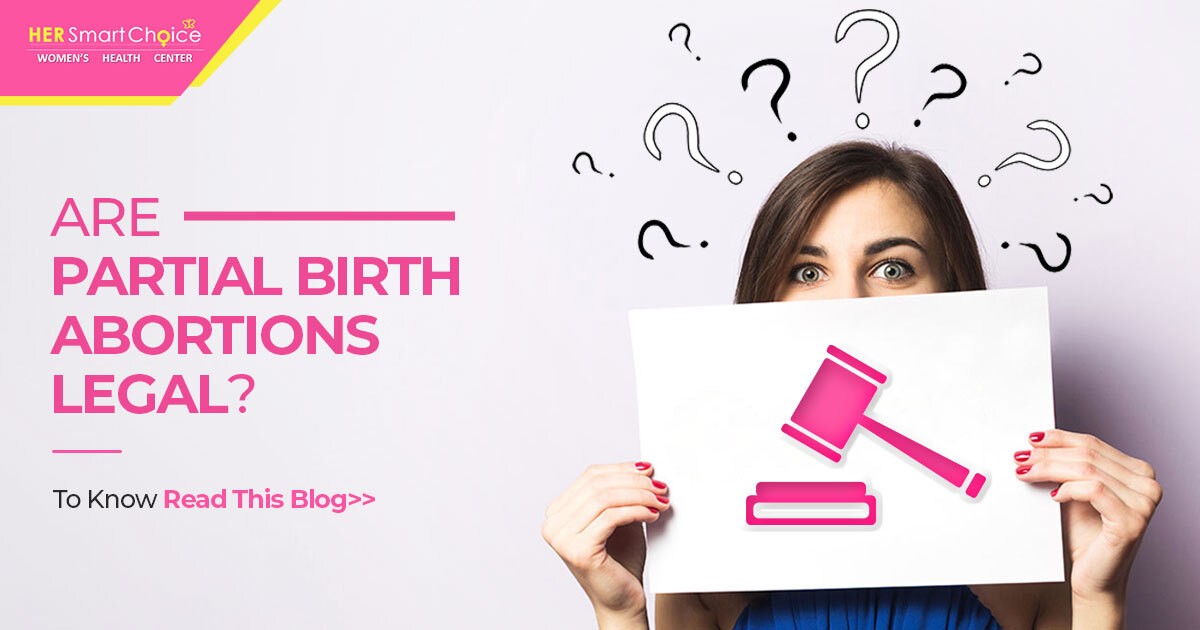 The debate over partial-birth abortions is one that has been raging for years. Proponents of the procedure say that it is a safe and necessary option for women who are faced with difficult pregnancies.

Opponents argue that the procedure is barbaric and should be banned outright.

So, where does the law stand on partial-birth abortions? Are they legal in the United States?

What is a partial birth abortion and how is it performed?

A partial birth abortion is an extremely controversial procedure performed in the late stages of a pregnancy. Generally considered a form of “induced miscarriage,” this procedure requires the uterus to be dilated so that a doctor can remove the fetus, while keeping their head inside the birth canal. This allows most of the body to be delivered intact, with just scalpel cuts made at the base of the skull to allow for evacuation.

👉  However, due to moral and ethical issues surrounding this procedure it has been illegal in some countries since 1995 and in the United States since 2003.

It remains an area of debate however, with both sides weighing up medical risks versus legal rights when it comes to pregnancy termination.

Why do some people believe that partial birth abortions should be legal?

Some people believe that partial birth abortions should be legal because they see it as an important form of reproductive freedom for women, particularly those in difficult situations.

For instance, the procedure could save the life of the mother, if her health and well-being is threatened due to present or complex medical conditions. Additionally, allowing for such a procedure allows for a woman to make choices about her body and her health that she may have been denied in more restrictive countries where all abortions are illegal.

Giving women autonomy over their health and reproductive choices by allowing partial birth abortions is at the crux of supporting this controversial decision.

What are the arguments against partial birth abortions being legal?

Partial birth abortions are a highly contentious issue, with passionate opinions on both sides. Some argue against their legality due to the opinion that they are inhumane and cruel, as they involve the partially extracted fetus being terminated during or just prior to delivery.

In addition, there is disagreement over how late into a pregnancy partial birth abortions should be allowed; opponents argue that any abortion beyond 20 weeks gestation puts a human life at risk, and should thus be illegal.

Some have pointed out that medical studies have found the risks of an abortion procedure increase the further along a pregnancy is, particularly for women’s health.

Consequently, those opposed to these types of abortions believe restricting them ensures greater safety for mothers and unborn children alike.

How does the law currently stand on partial birth abortions in the United States ?

This was determined by the Supreme Court in the 2007 case Gonzales v Carhart. However, President Trump did sign legislation expanding and strengthening existing regulations on this procedure in 2019. So, it is important for those wanting to understand how partial birth abortion law currently stands in the U.S to be aware of this new federal bill.

Not only does it ban most types of late term abortions but also promotes a strict punishment for anyone who attempts to perform or facilitate these procedures – with few exceptions granted such as to preserve a woman’s health or save her life.

This debate over abortion rights continues to have an impact on patients and healthcare providers alike, making understanding the current laws essential knowledge.

What are some possible implications if partial birth abortions were to become illegal ?

The implications of partial birth abortions becoming illegal are immense and far-reaching. There would be a sharp decline in the number of safe, legal abortions available to pregnant women, as this procedure is particularly safe for those in their third trimester.

Women could not turn to the procedure for their own health or to protect the child from severe health defects – rendering them with limited choices and an enormous moral burden. Without access to safe procedures, there is also likely to be an increase in unsafe abortion practices.

This would put many vulnerable people at risk of potentially fatal injury or illness due to inadequate medical oversight and lack of knowledge about how best to perform the procedure safely.

Contact us to know more about the facts associated with partial abortion.