Pelvic pain disorders refer to medical conditions that cause chronic pain in the pelvic region. The pain is located in the region below the navel and between the hips. You may also have lower back pain with some of the conditions.

Q1. What are the causes of pelvic pain disorders?

Some of the common causes of pelvic pain disorders are:

Q2. What are the symptoms of pelvic pain disorders?

You may also experience:

Your pain may worsen after you stand for a long time and may get relieved after lying down. However, pain can be so severe and debilitating that you have to miss work and you can’t exercise and sleep.

To find out the cause of your pelvic pain, your doctor follows a process of elimination as many different medical conditions can cause it. Your doctor will take a detailed history of the pain and other symptoms associated with it and your health and family history.

Your doctor may suggest the following exams or tests:

Pelvic exam: Your physician checks for any areas of tenderness or abnormal growth in the pelvic region.

Lab tests: Your physician may order blood and urine tests to rule out any blood or urine infection.

Ultrasound: This test detects cysts of masses in the ovaries, fallopian tubes, or uterus.

Other imaging tests: Your physician may recommend a CT scan, abdominal X-rays, or MRI to help in detecting abnormal growths or structures.

Laparoscopy: This is a procedure that helps in detecting chronic PID and endometriosis. 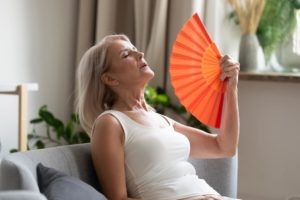 Q4. What is the treatment of pelvic pain disorders?

Medicines: The different medicines that may be recommended are pain relievers, birth control pills, antibiotics, and antidepressants.

Other therapies: Some of the therapies that are recommended as part of pelvic pain disorder treatment and lower back pain treatment are physical therapy, spinal cord stimulation, and trigger point injections.

Surgery: Surgical procedures such as laparoscopy and hysterectomy are done to correct the underlying problem that is causing chronic pelvic pain.

For treating uterine and cervical cancer, radiation therapy and chemotherapy may also be given.

Compassionate care! OMG, I went to this clinic recently and they REALLY took care of me. I called to make an appointment in the morning and they saw me that same afternoon. It was totally easier than I thought and the whole thing took about forty-five minutes. The girl at the front desk was super sweet and the doctor was patient with my (million) questions.

I’m glad I chose this clinic. The office was very clean and the staff was professional.

I went here. I was late for my appointment, hot from the weather, and angry from the bus. Was a mess when I walked through the door. The lady who gave me my paperwork was so nice and I saw the doctor without waiting. The whole vibe of the place really perked me up, everyone was so understanding. Thank you, guys!

This place was superb 👍 I walked in but still barely had to wait to be seen. I have a blood disorder and was a tiny bit concerned about the abortion medication, but the doctor explained that I’d be ok and how it all works. Ultimately, it all went great! I’m so glad I went. 😁

Girls, I went here for a pill abortion and it was actually a great experience. Like, it was my first time and I wasn’t sure what to expect but since I was getting close to the 10-week point I knew I’d have to make it happen. I made an appointment here, I filled out the paperwork, did the ultrasound, spoke with the doctor, and got the medication —suuuuuper simple.

This place is great! I went here for an abortion. I feel like they really took the time to make sure I was situated and comfortable. The staff answered all my questions and the process was pretty easy. I’d come here again if I needed to.