We know an unwanted pregnancy can severely impact a woman’s physical and mental health. Having an abortion or Termination of Pregnancy (TOP) can be a blessing for her in this case. State law allows for safe termination of pregnancy up to the end of the second trimester.

Abortion, also known as pregnancy termination, is a frequent and safe medical technique for ending a pregnancy through surgical treatment or by taking the medication that enables the discharging of the pregnancy tissues out of the uterus. Unplanned pregnancies affect women of all ages and backgrounds, regardless of their marital status. It can be hard for women to decide to end a pregnancy at any point in their reproductive lives. Though the decision to end a pregnancy is highly personal, you are the only one who can make that decision for yourself.

There Are Three Methods of Having an Abortion

You can undergo one of three types of abortions at an Abortion Clinic, depending on how far along you are in your pregnancy. The more time you give your doctor or clinic to discuss abortion, the more options you will have available to you. There are three methods of performing an abortion: 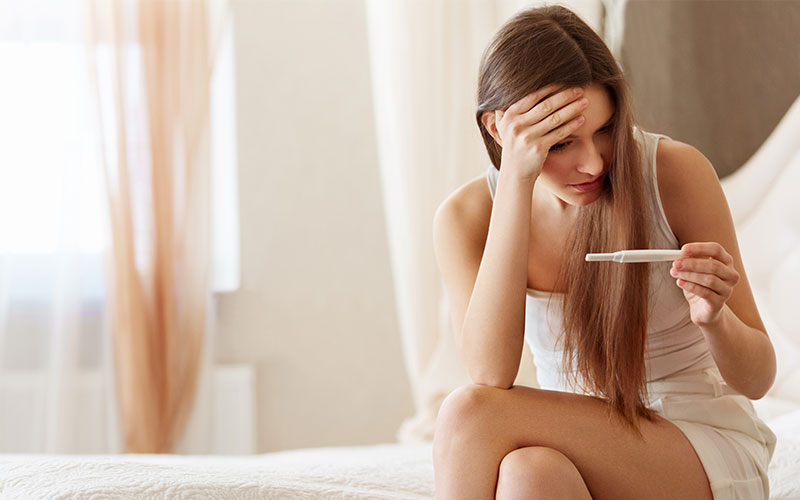 It is also known as an in-clinic abortion. While it may not be as safe as medication abortion, it is usually more effective. Aspiration abortion and dilation and evacuation (D&E) abortion are the two types of surgical abortion available.

An Aspiration Abortion (up to 14 weeks gestation)

Aspiration abortions typically need three to four hours of clinic visits. It will require five to ten minutes to complete the treatment.
Vacuum aspiration is the most common form of surgical abortion. During this surgery, you’ll be given pain medicine, which may include a numbing injection into the cervix. The doctor may also give you a sedative, which will allow you to remain awake but in a very calm state of mind. During this stage of the treatment, many women will have mild to severe cramping. After removing the tube from the uterus, the cramping usually decreases.
After the treatment, your doctor may check your uterus to make sure it has been emptied of all of its contents. As a precaution, your doctor will prescribe you antibiotics.
The actual aspiration technique takes five to ten minutes. However, this increases your chances of becoming pregnant again; If it requires dilation then it may take even longer.

In most cases, a D&E abortion is performed after the 15th week of gestation. It’s done at a hospital, but you don’t have to stay there overnight. Doctors that specialize in abortions can also perform the procedure at a clinic. The operation can take 10 to 20 minutes, although dilatation may require more time. Dilation and evacuation procedures use instruments rather than gentle suction to remove the uterine contents, and the cervix needs to be dilated more broadly than in a vacuum curettage termination.

Women who have an abortion should take the rest of the day off to help them heal. Some women can begin most normal activities (excluding heavy work) the next day, while others may need a few more days. D&E abortions may take longer to heal from than aspiration abortions.

Your doctor will discharge you from the hospital if your health condition is satisfactory. For most women, two to four days of vaginal bleeding and cramps resembling a menstrual cycle occur.

When to Seek Medication Abortion?

Medication abortion is sometimes referred to as the “Abortion Pill” or “non-surgical abortion” since doctors use medicine instead of surgery to terminate the pregnancy. It is safe and usually effective to have a medication abortion when the pregnancy is between 5 and 9 weeks old (63 days). There are 2 steps for medication abortion, The first step is to take a pill that prevents the pregnancy from continuing since it stops the hormone. You will take the second dose 24 to 48 hours later, causing uterine contractions and pregnancy termination.

What Can Happen After the Medication Abortion?

It is normal to experience vaginal bleeding, cramping, and the passing of pregnancy tissue following this procedure. In most situations, this occurs within four hours of taking the second step drug, but it can take up to 48 hours in other cases. On average, the bleeding lasts 10 to 16 days and can be heavy, especially in the first few days.

What is Abortion via Telehealth

In most circumstances, doctors can perform medication abortion through telehealth (phone) for women who are unwilling or unable to visit clinics. Telehealth consists of three consultations with knowledgeable and qualified health professionals who will analyze your condition, request the required tests, prescribe the relevant medications, advise you through the procedure, and follow you up according to best practice. If it requires testing, an abortion practitioner does a video evaluation, analyzes the results of those tests, and mails the abortion pills to the patient.

There’s no need for you to come to one of our abortion clinics. We’ll schedule blood and ultrasound tests close to your home. Our doctor will talk to you after the results come back and will guide you through the abortion process.

What Can You Expect Following an Abortion via Telehealth?

A typical period lasts between 9 and 15 days; however, some women have bled for as long as 70 days. Call the clinic if bleeding hasn’t started within 24 hours or if it’s getting worse. As soon as a week goes by, you’ll get another blood test to ensure you aren’t pregnant. There will be a dramatic decline in pregnancy hormone levels, but it will still be positive. After we receive the results, we’ll get in touch with you to ensure everything is good. Pregnancy can be ended medically with two medications (mifepristone and misoprostol), similar to a miscarriage at any stage up to nine weeks. Millions of women around the world have taken these medications safely and effectively.

After an abortion, you should practice abstinence, tampons, and swimming for at least two weeks. The clinic will provide you with particular guidelines, which you must follow to limit infection risk and speed up recovery.

To confirm you are not pregnant and that there are no issues, you will require to return two to three weeks after the surgery. The chance of incomplete abortion, complication, or infection is low, but it is vital to follow up.

You will resume your menstrual period once you have had an abortion. This increases your chances of having a pregnancy in the future.. You should consult with your doctor or clinic to choose the best method of contraception for your situation.

English; Spanish; Interpretation by telephone available for other languages.

Our experienced and compassionate Doctor with his medical team will support you before, during, and after the service of your choice.